Auditions for A Song at Twilight

It is 1966, in a Swiss hotel. Sir Hugo Latymer is a distinguished writer now in the twilight of his years. Accompanied by his younger German wife Hilde, he is venerated and secure in his fame and success. However one evening Carlotta Gray, an ex-girlfriend from many years ago, wants to have dinner. She has something urgent she wishes to discuss, something that threatens to topple Hugo and Hilde’s lavish lifestyle for good…

A Song at Twilight is not one of Noel Coward’s more famous or loved plays. Part of a trilogy called Suite in Three Keys, it was written less than ten years before he died and was his own last stage appearance. Less flippant than its counterparts, A Song at Twilight has a streak of real purpose running through it. There’s a feeling that Coward, approaching the end of his career, had some real things he wanted to say.

Sir Hugo Latymer: 60-70, male. A crotchety writer in his later years who believes he is due respect from all those around him and utterly assured of his own infallibility. Quick-witted, cerebral and tremendously guarded.

Carlotta Gray: 48-60, female. Hugo’s ex-girlfriend from many decades before. Sprightly, charming and a match for Hugo on every level. There’s a tenacity to her that forces the power dynamic to rock a lot harder than anyone might expect.

Lady Hilde Latymer: 35-50, female. Hugo’s wife. German, she has lost people in the Holocaust. She is more of a patient nursemaid to Hugo now, having endured his mercurial behaviour for 20 years. Strong, calm and kind, there is a lot more to her than first meets the eye.

Felix: 20-35, male. The charming and good-looking waiter at the hotel who serves them throughout the evening. Professional and knowing, he plays the game a bit better than others realise. We will be looking to cast a confident singer in this role.

We will not be attempting to recreate how Coward might have staged his own piece, but rather looking at it through fresh eyes and a readiness to explore in the rehearsal room. While it is witty and charming, this play is filled with real anger, grief and pain, and I do not intend to overlook this.

Rehearsals will take place on Wednesday and Friday evenings, 8pm to 10pm and Sundays 1pm to 4.30pm. Rehearsals will start on Sunday 28 August (with no rehearsal on Friday 2 September).

The actor playing Hugo Latymer will be needed for as many rehearsals as possible. The company will rehearse throughout September and October and full cast and crew are needed for the get in week (w/c Sunday 30 October 2022).

Please email the director for an audition form, then send this with a recent photo in advance of the audition to the director, indicating in your email whether you are auditioning on the Sunday or Monday. 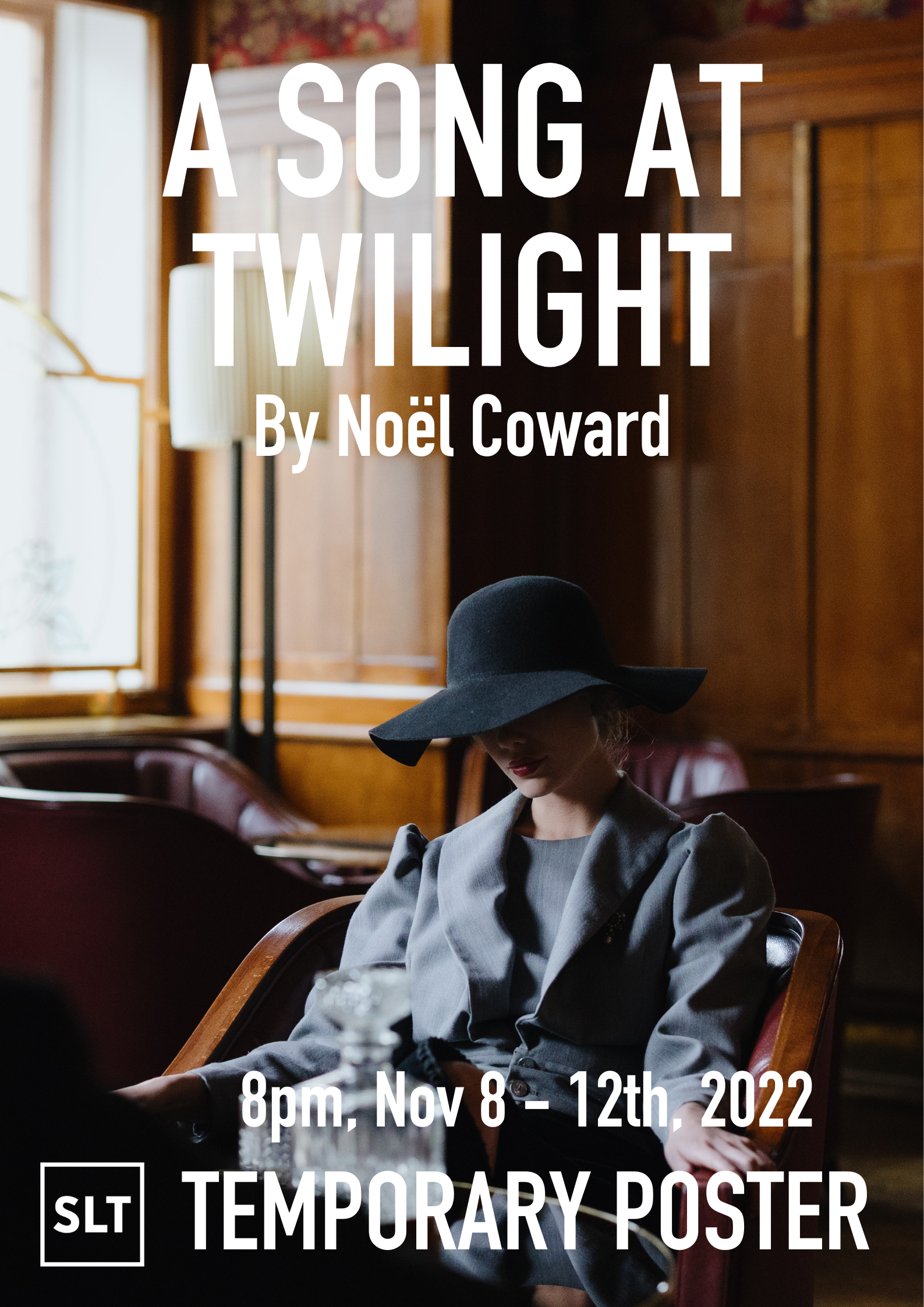