Good Ship Comedy
Founded in Kilburn, migrated to Camden Town and now, for the first time, moving south of the river to the West Norwood, Good Ship Comedy is your friendly neighbourhood comedy club.
For the past fifteen years we have featured some of the finest comics from the UK and international festival circuit including Josh Widdicombe, Sara Pascoe, Sindhu Vee, Nish Kumar, Rich Hall, Katherine Ryan and many, many more. All presented by resident compere, Ben Van der Velde.
“The perfect comedy club host – he is a master of audience interaction. The audience weren’t just warmed up, but pretty hysterical even before the first act of the night hit the stage." Huffington Post

Featuring:
KERRY GODLIMAN
The charmingly straight-talking, quick-witted Kerry Godliman is one of the country’s best performers. Both an incredibly talented comedian and a phenomenal actor, Kerry is best known for her appearances on BBC’s Mock The Week, Live At The Apollo and Channel 4’s 8 Out Of 10 Cats. She is also a regular on BBC Radio 4 with appearances on the esteemed The News Quiz, The Now Show and Just A Minute as well as her own series, Kerry’s List.
Kerry’s acting talents have seen her receive critical acclaim for her role as Hannah in Ricky Gervais’ hit series Derek for Chanel 4, as well as starring in the Netflix feature film Mascots and Sky’s Carter’s Get Rich. She has also appeared in several stage plays including England People Very Nice at the National Theatre.
“Goes for the jugular. Quick wit, frank and engaging.” Independent
“Exquisitely crowd-pleasing form.” Evening Standard

ARCHIE MADDOCKS
As a stand-up comedian, Archie is a confident, cheerful, provocative and most importantly hilarious stand-up comedian armed with a natural stage presence, quick acerbic wit and a ‘winning smile.’ He is also an acclaimed playwright, whose show ‘A Place For We’ was shortlisted for the coveted Bruntwood Prize.

In 2016, he took his debut show Shirts Vs Skins to the Edinburgh Fringe Festival, which received
excellent reviews and ended up on tour in South Africa in 2017. His follow-up show, IlluminArchie,
was loved by critics and audience alike and received a London transfer to the prestigious Soho
Theatre in 2017 and VAULT Festival in 2018. He has recently made his TV debut on Comedy Central’s ‘Guessable’.
“A super cool, super smart storyteller.” Evening Standard

CELYA AB
Originally from Paris, Celya AB is a fast-rising, multi award winning writer-performer, with a
magnetic stage presence and brilliantly crafted material.
In 2019, Celya was a finalist of the 2019 Funny Women Awards. More recently, she reached the final of the BBC New Comedy Award 2021 on BBC1 and won the prestigious Chortle Award for Best Newcomer 2022. She is a regular guest on The Guilty Feminist podcast, as well as being a regular writer for BBC Radio’s The News Quiz and Comedy Central’s Guessable.

Ticket prices:
£17 Standard /On the door
£15 Advance, available until the end of August
£12 SLT Full Member/Friend 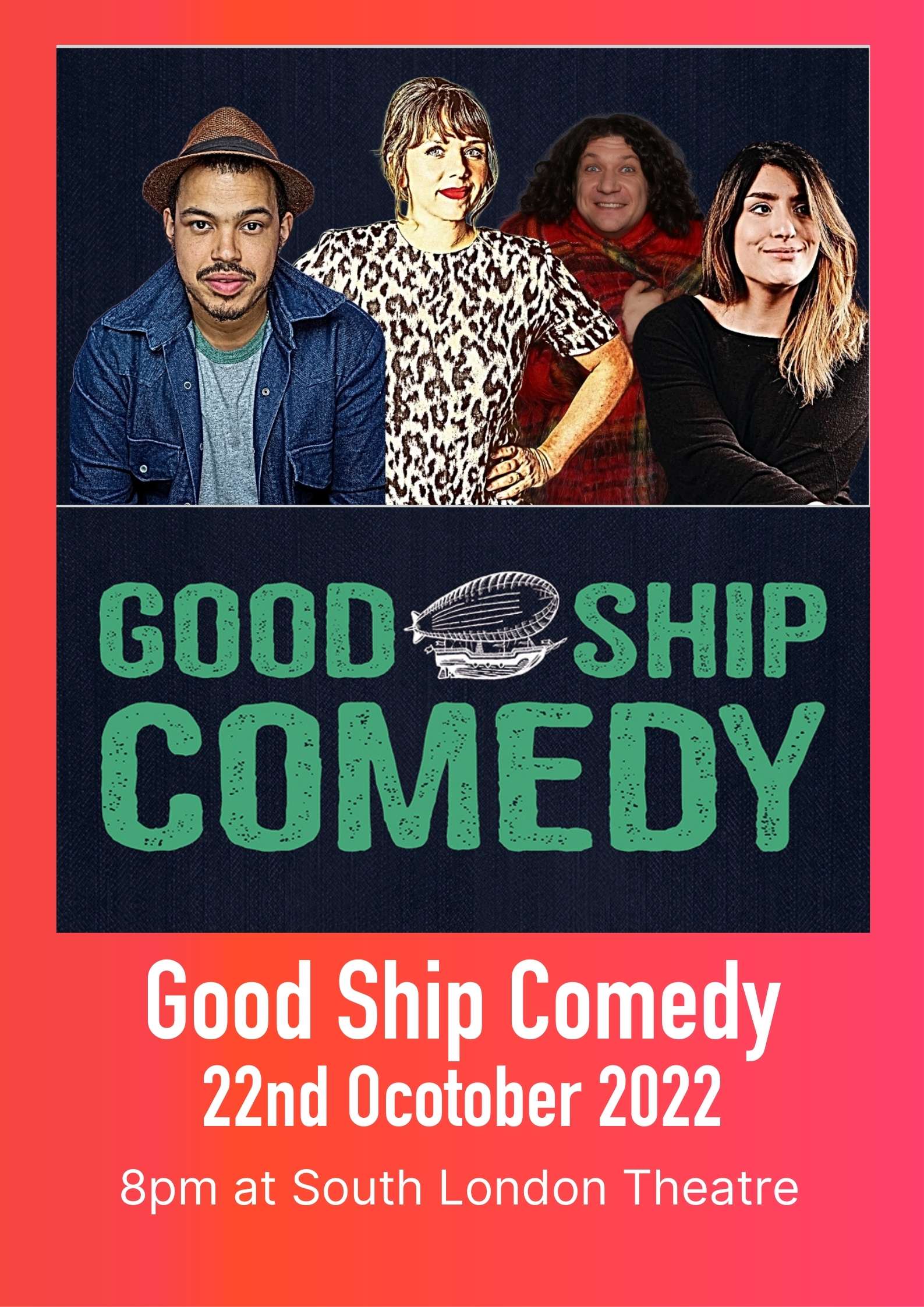