Mirror Mirror on the Wall

By An adaptation of Snow White by Audrey Lindsay

Desperate to hold onto her title of the “fairest in the land”, the Wicked Queen’s jealous insecurities have even driven the Palace servants away. And now, despite the Mirror’s wise influence, the Queen feels her step-daughter is too beautiful to have around....

The story of Snow White is given a fresh slant in this adaptation, written especially for South London Theatre by member Audrey Lindsay.

The run included matinee performances on the Saturdays and Sundays starting at 14:30. 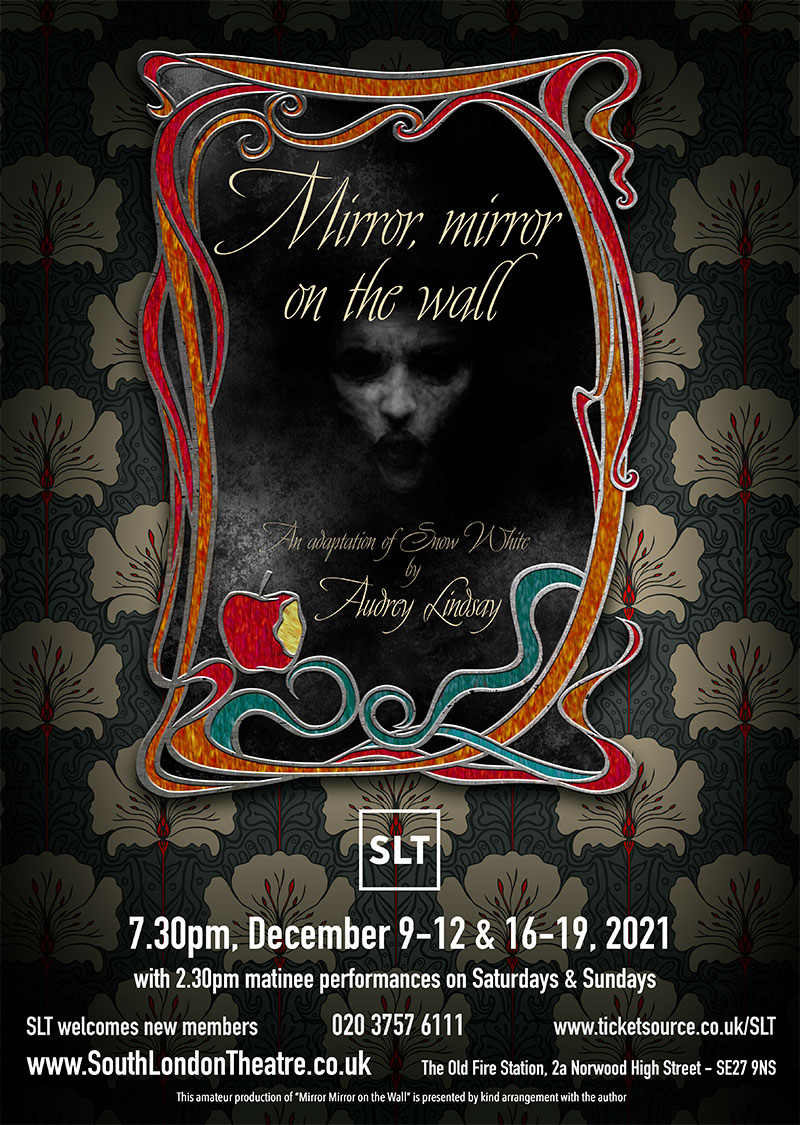