She Ventures, And He Wins

A fun, flirty and feminist restoration comedy from 1696, written by the mysterious ‘Ariadne’ – one of the earliest known female playwrights. High-jinks, cross-dressing, mistaken identities and pranks ensue as our dynamic heroines lead the way in a story that puts the women front and centre. 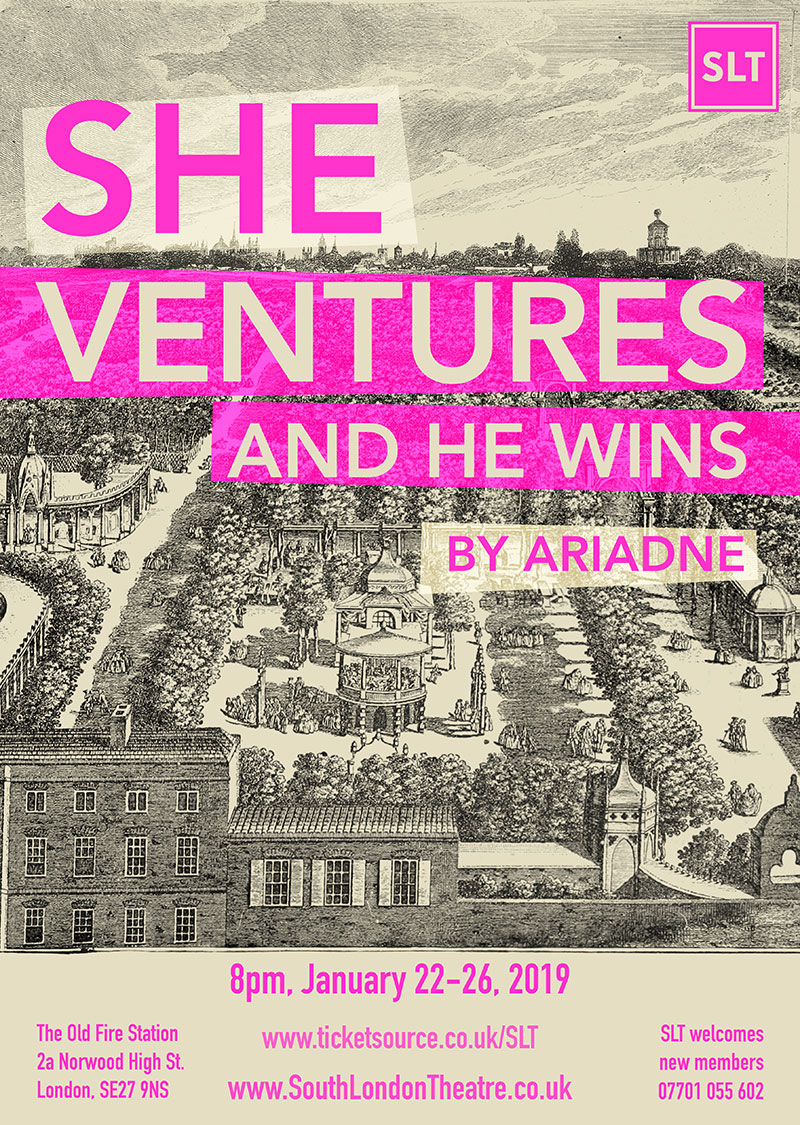